The 10 Best Chicago Coding Bootcamps in 2021

Chicago may be known for its hearty and delicious meals, but it’s also actually one of the emerging tech hubs in the United States. If you are looking to start a tech job in the city, then you clicked on the right article. In this coding bootcamp review, we’ll walk you through the best Chicago bootcamps to help you launch your tech career.

Home to over 6,000 tech companies including Boeing, Google, and LinkedIn, Chicago can be your launching pad for a career in web development, software engineering, or web design. All you have to do is find the right coding bootcamp for you.

With the rising number of Chicago coding bootcamps, evaluating each one can be a daunting task. So, we’ve whittled the list down to the top 10 coding bootcamps in the city. These coding schools feature full-time and part-time programs that equip you with the skills necessary to become a fully operational tech professional.

If you are a veteran or a military family member, you can learn how to code at Code Platoon. The coding bootcamp features flexible learning programs for veterans who want to break into tech.

Take advantage of Code Platoon’s scholarships to reduce your tuition fee. The scholarships are designed for veterans who identify as transgender, woman, Black, Hispanic, or transitioning service members. Military spouses may also avail themselves of some of the scholarships.

Would you like to work for Forbes, Google, or Amazon? Try attending Coding Dojo programs this year. According to Coding Dojo, not all coding boot camps are equal. The school provides exceptional onsite and online coding courses for you to learn SQL, JavaScript, React, or C#.

The bootcamp has reputable standards of education with a proven track record in producing exceptional tech talent.

The school also has preparatory workshops in similar fields that serve as a great primer for the immersive programs. You can also take advantage of Flatiron School’s free courses, through which you can learn the basics of JavaScript and Ruby without spending a dime.

If you are looking for an award-winning curriculum, you should consider attending Grace Hopper. The all-female coding bootcamp provides women full-stack JavaScript training to learn the popular programming language.

Learn how to code by attending one of Tech Elevator’s programs. With over 1,700 graduates, Tech Elevator reports high completion and job placement rates at 95 and 92 percent, respectively.

Alongside the increasing number of employment opportunities, Chicago coding bootcamp graduates can also expect a steady increase in pay. According to Hired.com, the city recorded a 6.5 percent growth in the average paycheck for tech workers in the city from 2015 to 2018.

In Chicago, average tech professionals earn an average of $114,000 per year. Software developers and engineers earn $134,250 per year while those in UX/UI design earn approximately $96,412. The city also offers 1,000 data science jobs and over 2,852 job openings for web developers.

Tech careers generally promise lucrative opportunities, whether in Chicago or any other part of the country. To get started, consider attending any of the coding bootcamps above and find yourself on the fast track to a promising career. 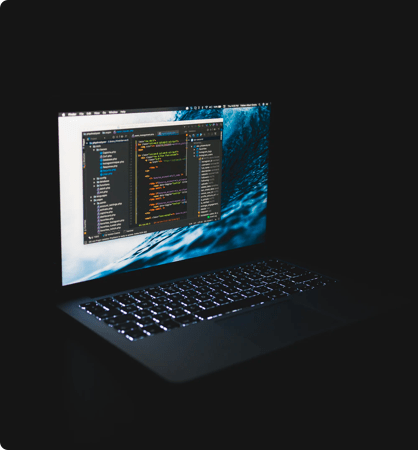