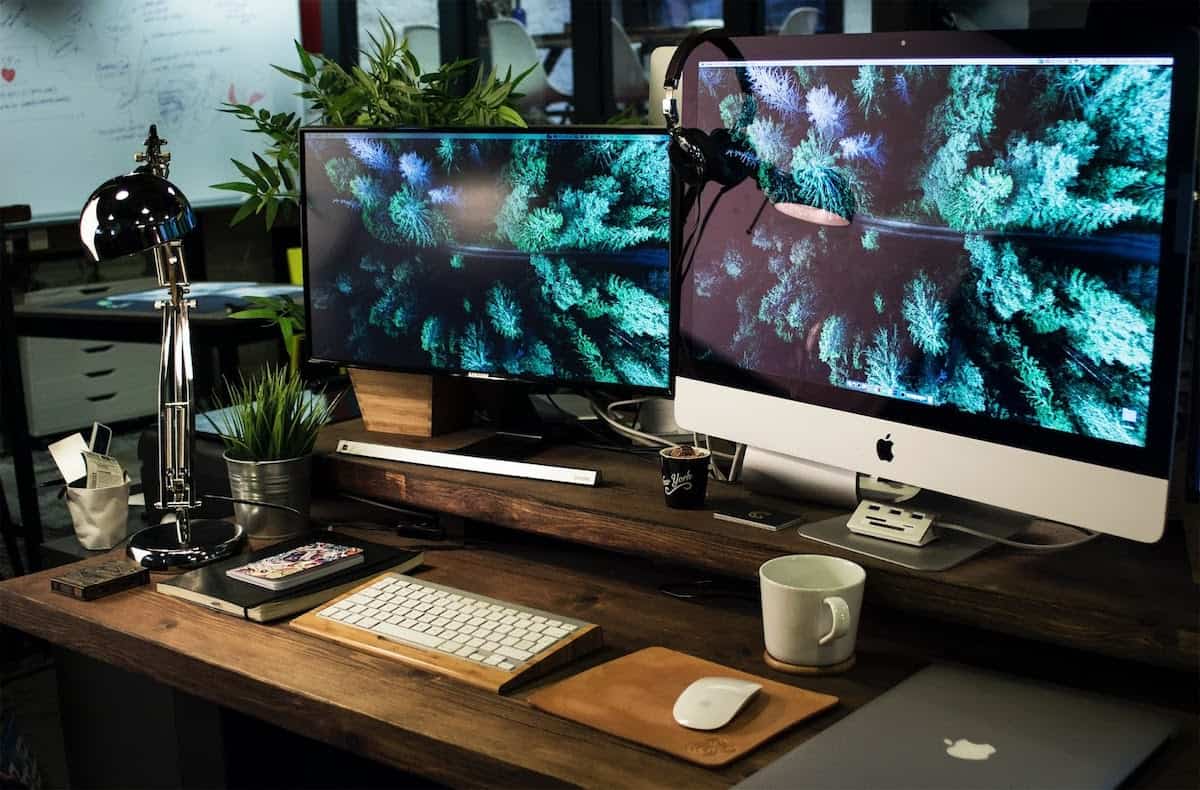 If you’re an aspiring web developer, you might be wondering how to distinguish between front end development and backend development, and which would be the right career choice for you. To help you out, we’ve created this article to break down the key differences between the two and help you make an informed decision.

In a nutshell, front end developers work on the client-side of apps and sites, making sure that the colors, buttons, and layouts are user-friendly. Backend developers are responsible for all of the website or application functions that you enjoy, but can’t see. They develop and maintain all of the technology that runs a particular website, page, or application.

What is Front End Development?

What is Backend Development?

Is It Better to Be a Front End or Backend Developer? 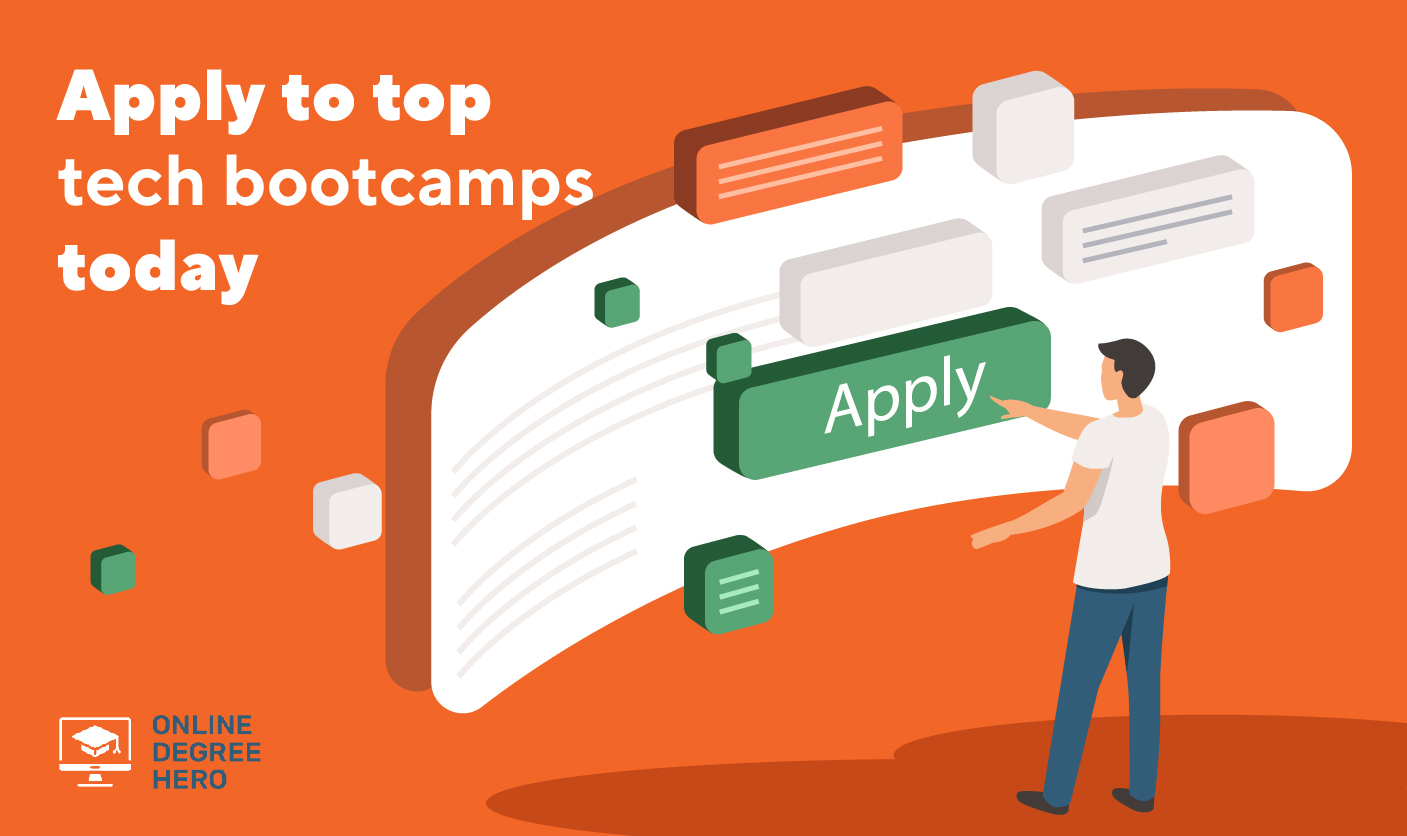 Front end and backend developers have different roles, so you would ultimately need to choose the profession that better aligns with your interests. The table below will help you to compare the two roles, side-by-side to get a better grasp of how they’re different and what they’re responsible for.

The skills listed below will give you a better idea of what is involved front end and backend development. These skills are directly tied to their individual responsibilities and are depended upon to accomplish their tasks.

One of the main responsibilities of a front end developer is to make sure that a website is visually appealing. Graphic design skills help these developers choose colors, layouts, and graphic elements to retain users’ attention and guide them through the contents of a site.

This skill allows front end developers to create websites that respond to human interaction through the use of flexible grids and layouts, images, and CSS media queries. Adapting a website to different screen sizes, platforms, and orientation is an important aspect of responsive design.

This skill allows front end developers to detect and solve issues on a website. As a front end developer, you will constantly need to test your website to make sure that it is functioning as it should. You’ll also need to develop debugging skills to handle any bugs that may arise.

Front end developers use CSS to personalize websites and control how they are presented. CSS preprocessing allows for easy automation of repetitive tasks. It is a useful skill that eliminates the need to frequently rewrite CSS selectors and strings.

A front end developer can analyze the loading time of web pages, optimize images, and minify CSS and JavaScript. This skill is essential because slow page-loading time can reduce users’ satisfaction and productivity.

A web server is a computer software that houses all the contents of a website. It is like the backbone of a website. Without it, websites cannot function. Having this knowledge is one of the essential skills of a backend developer.

Backend development is driven by data, so you’ll need to understand how data is processed, structured, and displayed, and the ways algorithms are used for these processes. This skill involves understanding linear and binary search, data sorting, stacks, queue, and lists.

Application program interface (API) allows two computer programs to communicate. API tools are vital in all industries. One example of an API function is the Google Maps API that can be embedded into other applications. API knowledge is an essential skill for a backend developer.

Database management involves storing, maintaining, and accessing data, as well as ensuring security standards are met, maintained, and updated as needed. Maintaining and organizing the website and the user’s stored data is an important skill to have as a backend developer.

Programming languages enable our communication with computers and give them instructions to complete tasks. Depending on whether you want to work as a front end or backend developer, you’ll need to learn a few key languages. Below are the main languages used in front end and backend development.

HyperText Markup Language (HTML) is used to design the structure of a website. The text, images, tables, and links you see on a website are done using HTML. If you understand this language, you’ll be one step ahead in your front end developer journey.

Cascading Style Sheet, better known as CSS is the language that is used to work on the style of a website. This includes colors, fonts, and layouts. CSS makes it possible for websites to be adapted to different screen sizes and orientations, and is a key skill for a front end developer.

JavaScript is a text-based programming language that enables users to interact with a website. Without JavaScript, web pages would be static. You’ll need JavaScript to activate the dynamic elements of a site. You can enroll in an online JavaScript bootcamp to learn or improve this skill.

Python is an object oriented programming language. Its numerous libraries make it a preferred choice for web developers. Backend web developers use Python development frameworks such as Django and Flask for their projects. Python is a preferred language because it’s easy to read and has great machine learning capabilities. You can enroll in an online Python bootcamp to improve your Python skills.

Java is a general-purpose, object oriented programming language with a wide range of applicability. It is one of the most preferred server-side programming languages because of its capability of handling large data, and its strong association with Android development. It is a must-have skill for backend developers.

Hypertext Preprocessor, more commonly known as PHP is a general-purpose, server-side scripting language that is designed for web development. Its main function in web development is to create and enhance dynamic web page content.

Which Type of Web Developer Should I Become?

If you’re wondering whether you would be better suited for front end development or backend development, the questions listed below might help you decide.

To be artistic means to be creative and innovative. An artistic person has a natural tendency to create, whether that’s painting, cooking, or building. Although this is a necessary skill for front end and backend developers, it tends to be more closely related to front end development.

The verdict: If creativity is one of your primary strengths, you might be better suited to front end development.

Do I Enjoy Working to Create a Good User Experience?

This question allows you to weigh your interest in front end development. As front end developers are highly involved with aesthetics, they’re naturally interested and gifted in determining what design, layout, colors, and other visual features are most pleasing for users to interact with.

The verdict: If you enjoy creating aesthetically pleasing sites, front end development is probably for you.

Could I Spend the Whole Day Coding?

If you enjoy and are naturally gifted at coding, backend development might be well-suited to you. As backend developers are responsible for developing and maintaining the functionality of a website or application, one of their primary tasks is coding. Although coding is not exclusively tied to backend development, it’s more closely related than it is to front end development.

The verdict: If you thoroughly enjoy coding, backend development is probably ideal for you.

Do I Enjoy Graphic Design?

The verdict: If you’re interested in graphic design, front end development might be more rewarding for you than backend development.

Am I a Logical Thinker?

Critical thinking skills are essential for programming and web development. Backend developers are innate logical thinkers who use this skill to solve users’ most pressing needs, using the most effective methods available. Similarly, front end developers often utilize critical thinking and problem-solving skills. Although applied differently, those skills are highly involved in their tasks.

The verdict: Backend and front end developers both use logical-thinking skills.

Do I Have Strong Problem-Solving Skills?

The verdict: Although problem-solving skills are relevant to both backend and front end developers, backend developers more heavily rely on these skills.

Am I Mathematically Inclined?

The verdict: Math skills apply to both types of development, although they are more frequently associated with backend development.

Do I Thrive Working Individually or as Part of a Team?

The verdict:  If you like to work alone, you’ll most likely prefer backend development. If you enjoy working as part of a team, you’re probably better suited to front end development.

Can I Work Autonomously or Do I Need Supervision to Perform?

Generally speaking, backend developers can manage their own work and do not need constant supervision to keep track of their projects and meet deadlines. As front end developers work on the client-side of development, they naturally seek constant feedback and approval from employers or clients to ensure they’re pleased with the results.

What Aspect of Web Development Do I Enjoy Most?

The most effective way to determine which type of web developer you want to become is to assess and compare your options. Do you enjoy graphic design, user experience, aesthetics, and artistic tasks? Or do you prefer coding, problem-solving, critical thinking, and math-related tasks?

The verdict: The web development aspects you most enjoy are indicative of which type of development you should pursue.

What Is a Full Stack Developer?

According to ZipRecruiter, full stack developers earn an average salary of $102,744 per year. This number can significantly increase depending on the location, company, level of experience, and level of education. Full stack developers can be found in well-known companies like Adobe, Google, Amazon, and Panasonic.

To excel in full stack development, you’ll need to master a wide variety of web development skills. Some of the essentials include front end technology like HTML5, CSS3, and JavaScript. You’ll need to be familiar with UX/UI design, and understand the basics of graphic design.

In addition, you’ll need to be familiar with third-party libraries such as jQuery, Angular, LESS, and ReactJS, and programming languages like Python, PHP, and Java. It’s helpful to have experience working with databases such as MySQL, Oracle, and MongoDB. You should also be familiar with version control systems (VCS) and APIs.

Your salary as a front end or backend developer will depend on the organization you work for, in addition to your location, level of experience, and level of education. The table below includes some of the most common developer jobs, salaries, and job outlooks.

Web Development Jobs: At a Glance

*Jobs with a similar outlook

Is a Career in Web Development for Me?

If you’re ready to get started in this field, you might want to consider pursuing a web development bootcamp program or an online web development course. Most bootcamps and massive open online courses (MOOCs) have career coaches who will guide you on the best career path, according to your skills, personal preferences, and professional goals.